How To Increase Grid Resilience For Climate Adaptation 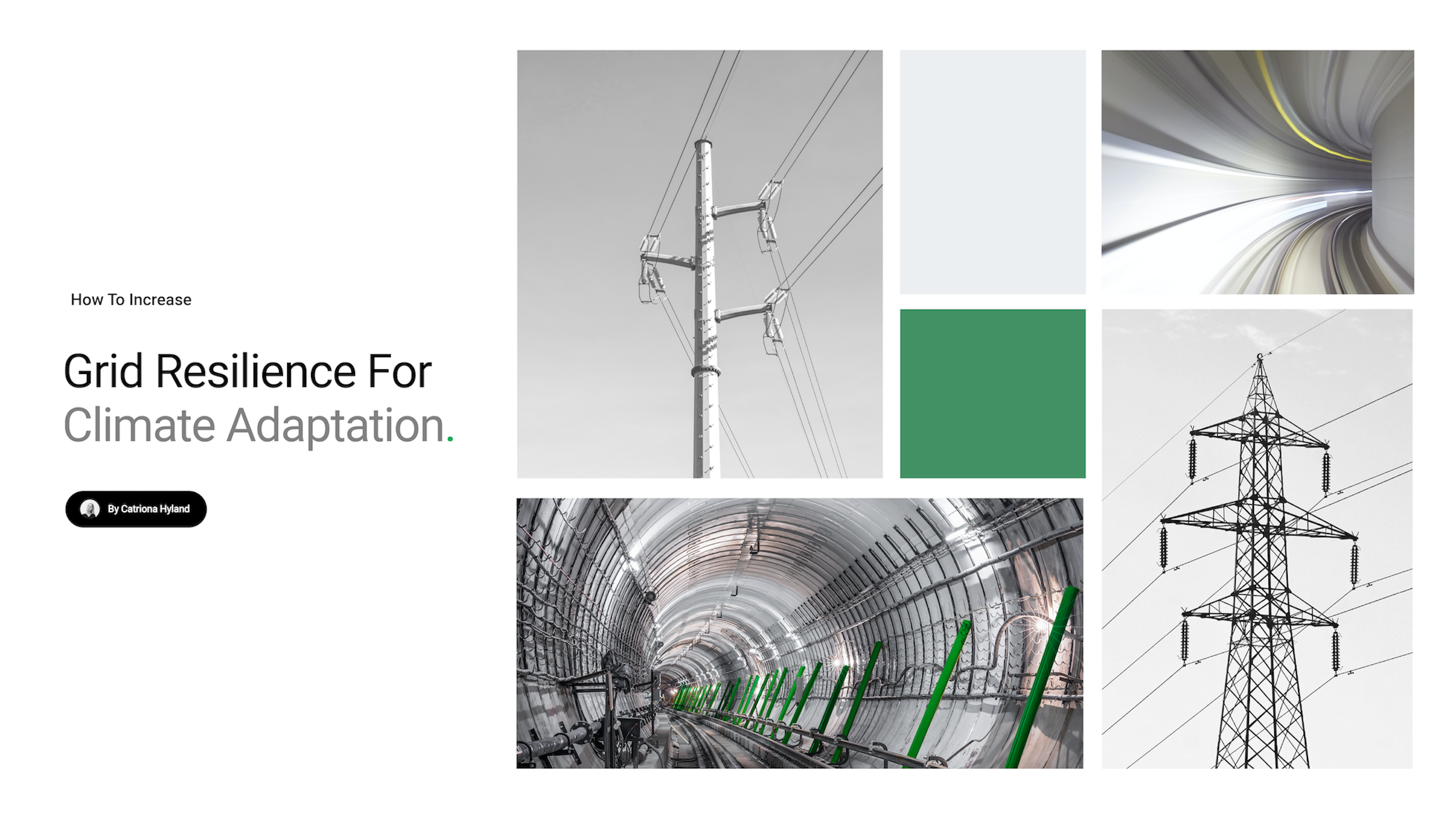 How To Increase Grid Resilience For Climate Adaptation

Grid instability is growing in the US, driven by ageing power lines, the transition to a decarbonised grid, and an increasingly volatile climate.

This is reflected in the growing operations + maintenance spending of utility providers. In 2019, the maintenance of overhead lines alone represented 50% of operations and maintenance expenses – in real terms as much as $7.3bn! Breaking down this expense reveals high costs for vegetation management + tree trimming; animal protection; line testing for strength, temperature, voltage + frequency; and – importantly -- repairs due to storms or faults.

In an attempt to improve reliability and reduce maintenance spending, utilities have been ramping up capex spending. Over 50% of annual US utility distribution spending is now allocated to the replacement, modernisation and expansion of existing infrastructure. And, notably, around 40% of capex spending funds new and existing overhead power lines (17%) and undergrounding initiatives (23%).

·       Improved safety – Overhead lines can exacerbate, or even cause, environmental disasters. Earlier in 2022, California’s PG&E agreed to pay $55m in penalties and costs over two wildfires in addition to a $125m state regulator fine in December last year. The ruling deemed the fires had been sparked by the company’s overhead lines coming into contact with a tree, in turn causing significant damage to homes, local organisations, schools and government agencies.

·       Lower restoration costs – Undergrounded lines are less exposed to environmental conditions, reducing the cost of damages after a catastrophe occurs.

Undergrounding methodologies can be segmented into (i) trenching i.e., digging a long trench from surface level and burying utilities or (ii) trenchless, i.e., tunnel boring without surface disruption.

·       Trenching is typically utilised where relatively shallow depth is required, the geological composition comprises soft soil, and there is low surface restoration cost. In urban areas, trenching proves costly given the degree of surface disruption (both material and economic) incurred. In these instances, burying power lines can prove up to 5x more expensive than running them above ground. While this is somewhat counterbalanced by the reducing running costs relative to above-ground lines, undergrounding initiatives are often delayed to coincide with telecom works or road resurfacing schemes to dilute the trenching cost.

·       Comparatively, trenchless solutions, require (i) the use of expensive equipment and (ii) form part of a relatively slow process. For this reason, trenchless technologies have to date been most commonly used where surface disruption is not physically or economically possible - for example river crossings, road crossing, dense urban environments and deep infrastructure – or where significantly lower depth is required. Existing trenchless tunnelling methods include horizontal auger boring, pipe ramming, horizontal directional drilling (HDD), and micro tunnelling.

On the whole, there remain a number of cost barriers to scaling undergrounding initiatives, including energy price pressure and high costs.

·       Energy price pressure - Large undergrounding initiatives are costly, with utility providers hiking up rates to pay for undergrounding works. Only one fifth of proposed grid upgrades in 2020 received approval by state regulators ($3.4bn vs $15.7bn), citing pressure to keep energy rates affordable. This is met with little resistance from electric utilities, who in turn fear a backlash from customers seeking to keep their power bills low. For this reason, large schemes tend to emerge in the aftermath of natural disasters (flooding, hurricanes) and wildfires, where the social and economic damage caused highlights the ROI of undergrounding.

The limitations of using existing trenchless technologies across a wider range of projects include the significant variance in cost, driven by geology and associated maintenance requirements.

·       Geology constraints - The price point and efficiency of each trenchless method is significantly impacted by underlying rock or soil conditions, both in terms of time and cost. For hard rock projects, installations can cost up to 20x more than overhead lines.

·       Running costs - Using these machines to bore through hard rock leads to a high frequency of cutter head breakages, with associated maintenance costs and time overruns.

A range of solutions are seeking to develop more affordable + time efficient methods of boring through hard rock. This includes thermal spallation, water jets, vaporisation and electrical impulse rock breaking. The closest technology to commercialisation is thermal spallation. This process involves applying heat to a rock surface, in turn causing the rock to fracture and flake. In combining heat with kinetic force, faster drilling times can be achieved with less thermal energy – in turn presenting potential cost savings.

Potter Drilling (founded in 2004 and funded by Google) was the first company to (unsuccessfully) apply thermal spallation to hard rock boring. Since then, both the industry and technology have come a long way. One prominent player is Petra - a SF-based start-up with $33m investment from investors including DCVC, ACME Capital and Congruent Ventures – who is making tremendous progress towards making this technology commercially viable.

At A/O, we see grid stability as a key climate adaptation solution, and view utilities undergrounding as a significant futureproofing tool against wildfires and other climate disasters. We’re excited to follow the developments in this emerging space and hear from players looking to solve for this pain point.

Catriona focuses on research-driven sector analysis, including the identification of core trends, assessment of market dynamics and evaluation of investment targets.