Why VCs shouldn’t obsess over TAM 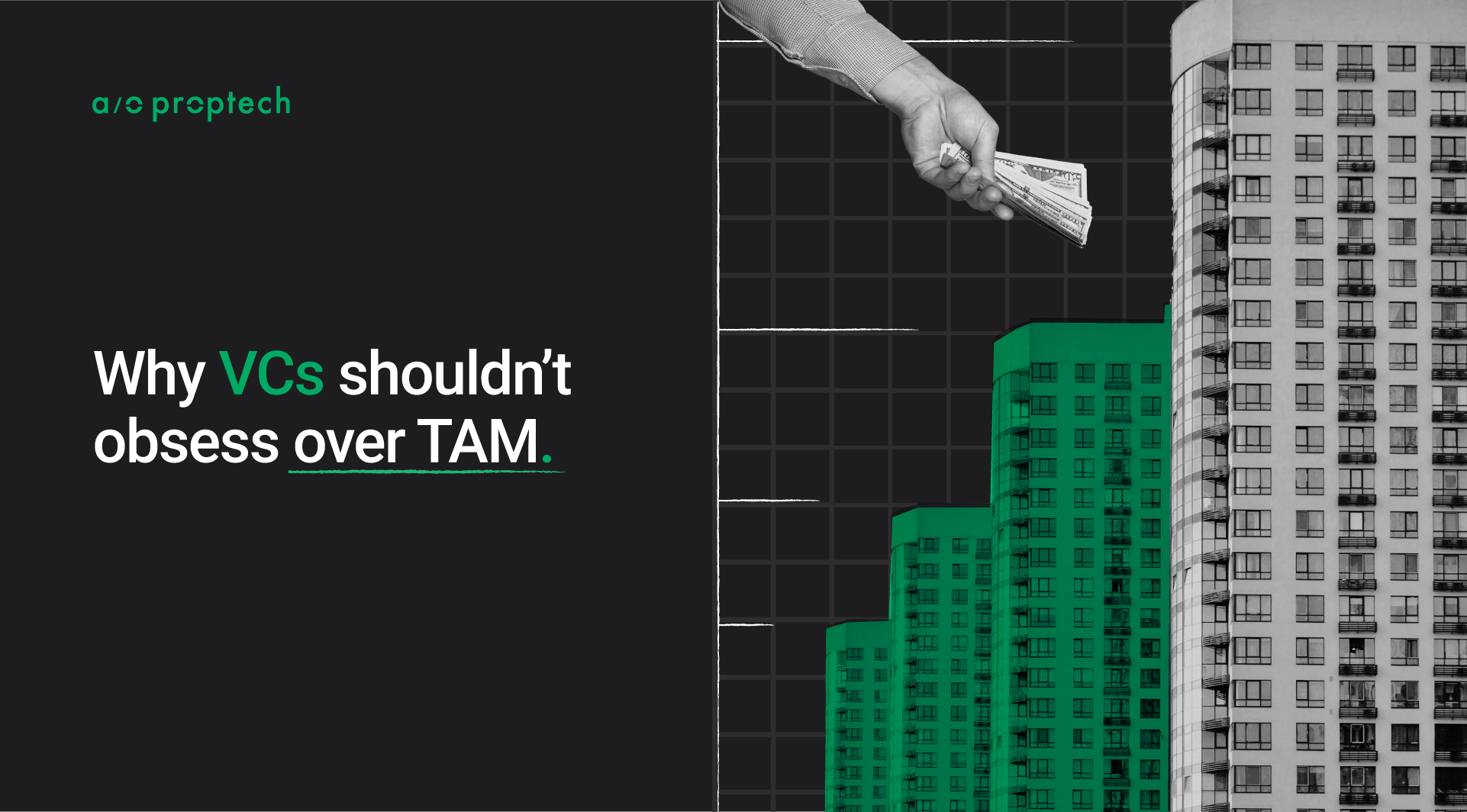 Why VCs shouldn’t obsess over TAM

Most VCs conduct some form of market sizing during the DD process. But where do many funds slip up? A recent DD made me realise the TAM only tells part of the story.

The company, let’s call it Red Origin, was a digital estate agent in LATAM charging ~1.5% commission on home sales. I was initially very bullish on the business until I did some *basic maths* and realised the TAM was too small in LATAM for this to be an attractive opportunity. The TAM calculation looked something like this:

Sum of prices of all homes sold in LATAM (Excl. Brazil) per year

If Red Origin were to reach $100m in annual revenue, this would require a 5.33% market share across LATAM. This seemed ambitious given that most market-leading digital estate agents in other regions have only attained 3-5% market share in any given country. What’s more, at an EV/Net Revenue multiple of 7x, which is at the upper end of trading comps, this would value Red Origin at only $700m in an optimistic scenario.

No Unicorn = No Deal

I asked myself: If the TAM is so low, then why did many of the top tier VCs invest hundreds of millions into startups operating in the same sector and geography?

What stunned me was that the number of annual home sales in Mexico City, c.22k homes in 2019, was so low. London, a city of a similar population (albeit far more wealth, access to credit and foreign homebuyers etc.) had 86k home sales in the same year – almost 4x as many! Upon deeper inspection, I concluded that there were several likely causes, with two of the major factors being:

While the liquidity in Mexico City would still be as unlikely to be high as that of London, it confirmed that my initial TAM calculations were misguided. There was in fact significant room for growth in transaction volume.

Why is TAM often more significant than we think it is?

Does that mean VCs should ignore TAM?

No. Estimating the TAM is a useful exercise that gives you some insight into a company. It’s undoubtedly true that some companies fail to achieve significant scale because they address too small of a niche.

However, it’s important to consider other factors alongside the typical TAM calculation. This includes whether or not you believe the company can make the necessary steps to expand the TAM, as outlined in the above examples.

What’s more, it’s essential to consider the size of the market as a whole. Take the Red Origin example – the value of all homes in Mexico exceeds $2tn. When operating in substantial markets, if a startup can create a product or service of enough value to the relevant stakeholders, there is usually the possibility to extract more revenue in the long term.

For the VCs analysing Uber back in 2008, rather than “what is the current spend on cabs?” the question might have been “, how much are people willing to spend on more convenient travel?”. While the latter would be difficult to assess quantitatively, it would certainly be much more than the TAM based on 2008 spending, given that Uber solves a greater degree of pain points than existing cab service providers.

In this way, the thought process required to derive future TAM for different market companies is totally different. In order to best assess the future revenue potential of a company, it is essential to consider the initial TAM in conjunction with the idiosyncrasies of the market. The real benefit of the market sizing exercise is that it encourages you to break down the TAM into its constituent components, allowing you to understand the underlying market drivers.

Kia is an Investor at A/O PropTech and focuses mainly on origination, due diligence, thesis building, and portfolio management. Having previously worked at Pi Labs, Europe’s first and most active PropTech VC, he has significant PropTech experience.

More Articles
Why We Invested in CONXAI
January 10, 2022
No items found.