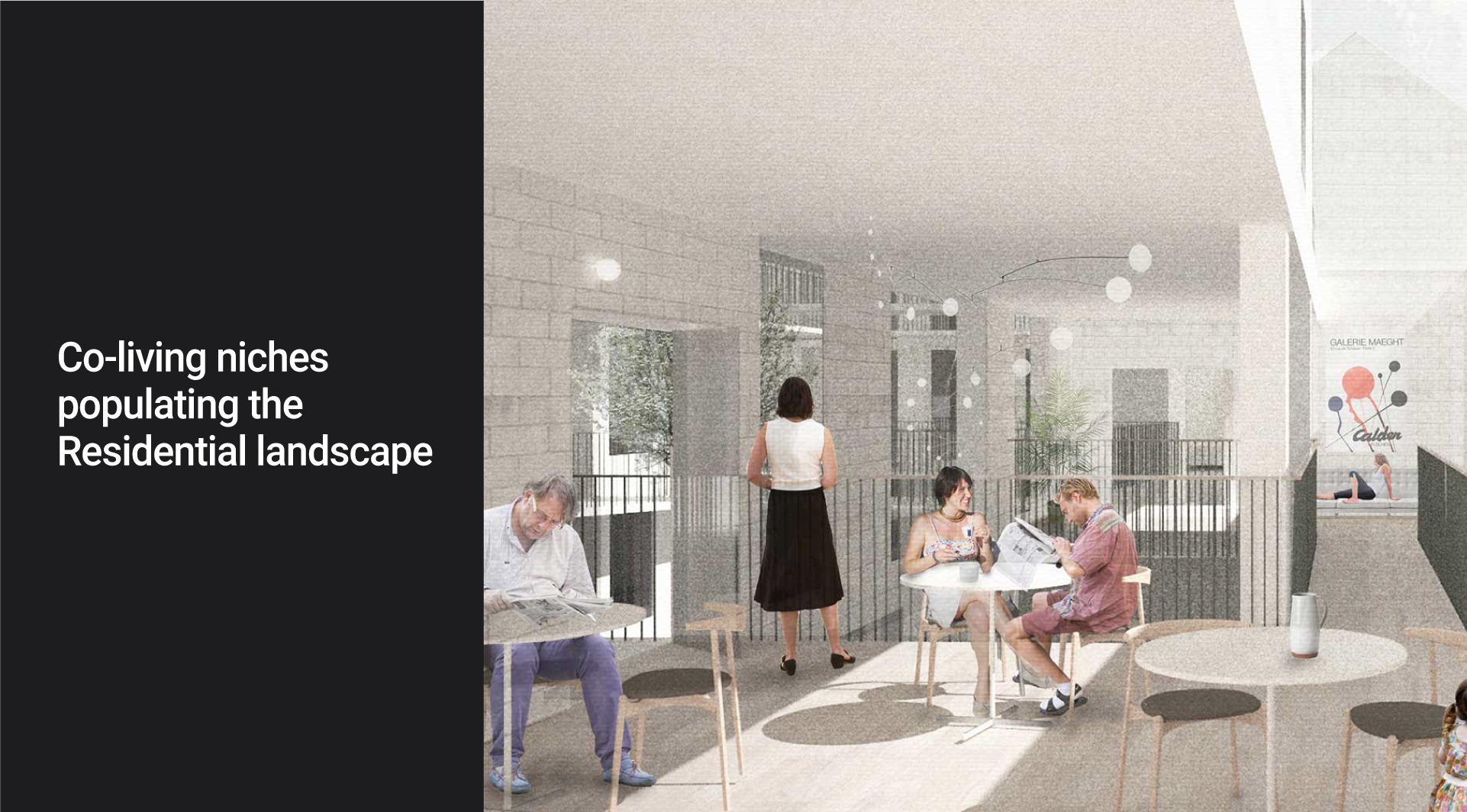 In the residential landscape, co-living – an innovative form of housing in which residents share living space, mutual interests and values – has become increasingly popular, driven mainly by the lack of affordable housing, urbanization and technological innovation.

This new operating model is about to get bigger than coworking, as it has the potential to flourish in mid-size cities.

While the co-living sector is still nascent, there are many definitions of this concept. The primary aim is to leverage technology to turn underused real estate into modern accommodation that is suited to an urban lifestyle that values sharing and collaboration.

This residential model mainly appeals to millennials who live in dense urban cities, and want to create a sense of home and secure community for the rest of the population.

Most of the co-living players operate in America and Europe, as almost half of these regions millennials still live with their parents, data from CBRE shows.

In London, a striking example of this craze is The Collective with already two co-living spaces The Oak and Canary Wharf composed of 705 rooms, one of the world’s most significant co-living space.

Like curated coworking spaces, co-living has already attempted to go niche. There are no better ways of regrouping people and create a genuine community than by bringing along like-minded people around the same goal or passion.

Some co-living spaces focus on photography – content creation, well-being, entrepreneurial goals. Curated workshops and events are being proposed by the establishment for residents to learn and share, creating a network and living their passion fully in a conventional way.

A striking example is Gravity co-living space trying to fight the mental’s health crisis occurring in London by creating meaningful engagement between the residents.

Some shared living spaces are already leading the way. Evolve, a Bali based co-living space raises self-awareness among its residents and helps residents discover themselves through mindfulness workshops!

Co-living may address the housing shortage. It has excellent potential to grow and decline itself into different projects that could adapt to the diverse needs of the urban population.

It is no surprise to see new co-living projects taking shape, according to a recent study from JLL; it offers two to three times higher returns than the traditional residential yield of 2-3.