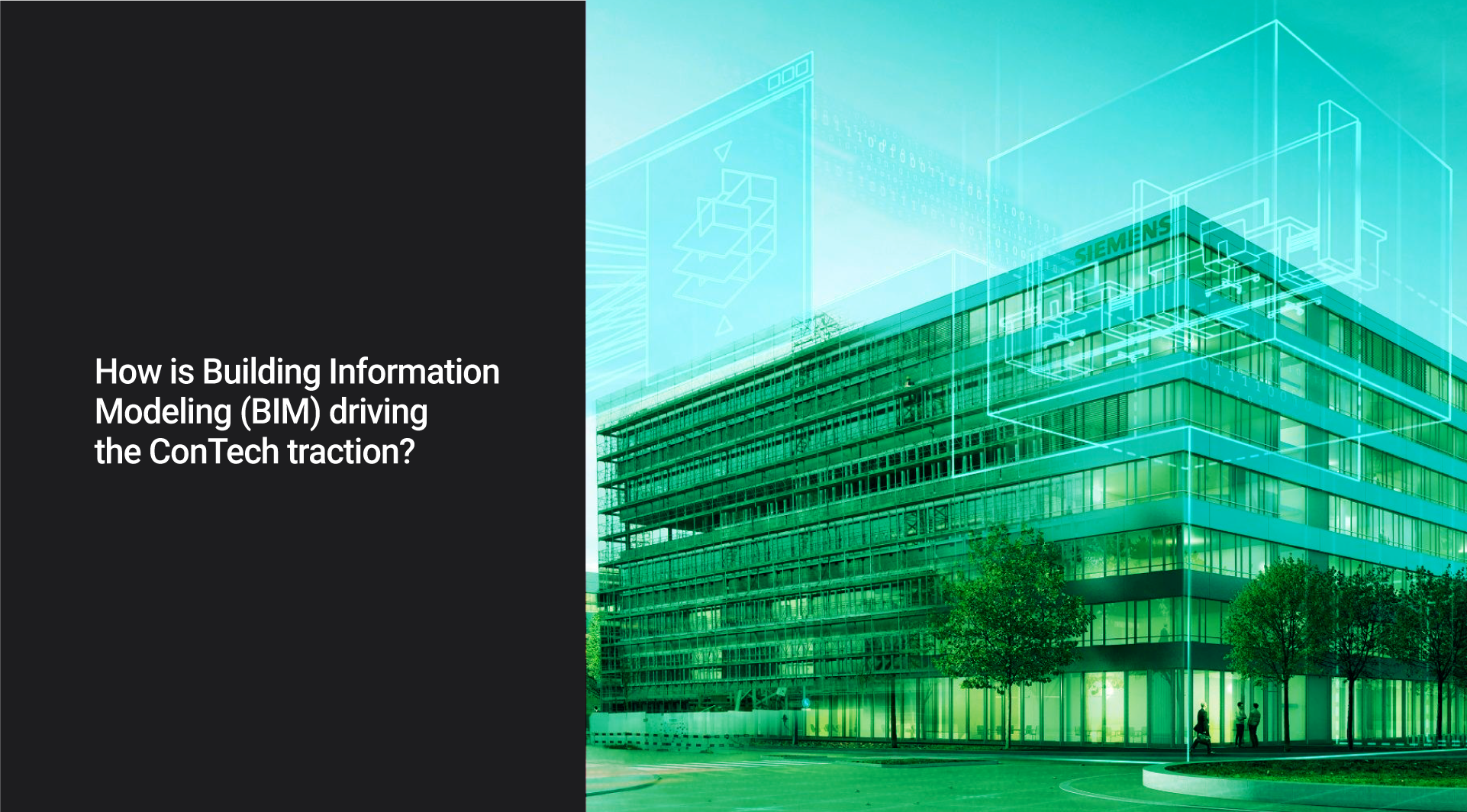 How is Building Information Modeling (BIM) driving the ConTech traction?

The global construction industry was estimated to be worth over $17 trillion in 2017. It is forecasted to exceed $24 trillion in 2021 (according to JLL report, 2018). As other industries have seen productivity levels shoot up over the past two decades; productivity in construction has been mostly flat, mainly due to the difficulty in hiring skilled labour.

Why ConTech is lagging behind?

Historically, ConTech has received less attention than the more ‘mainstream’ forms of PropTech. According to a recent report by the BPF (2019), over 50% of PropTech startups seek to solve sales and leasing issues, while only 10% focus on construction.

One reason for this relative lack of innovation is the sheer number of stakeholders involved. Another reason might be the disastrous costs of getting building construction wrong. These factors may partially explain the slow adoption rate.

Notwithstanding these limitations, many experts consider ConTech an untouched sector and expect considerable disruption. This latency can be attributed to the conservative nature of the stakeholders involved. Safety is paramount, and the trust placed in traditional and tested construction techniques prevails.

Undoubtedly, the cost of new solutions is high, and great sign-off is required to integrate unproven solutions. Moreover, the unique and distinctive nature of many construction projects presents a very fundamental challenge in terms of automating construction workflow.

How BIM drives traction in Contech?

Building Information Modeling has grown in traction. BIM allows the smooth flow of information between numerous stakeholders involved at all stages of construction and reduces the current systemic operational inefficiency caused by paper-based workflows.

A vast majority of ConTech investment deals are in Building Information Modeling, estimated at over 70% of deal flow in 2017 according to Pitchbook.

The BIM is a working method, a process, using an intelligent 3D digital model as a central element of the exchanges between the different actors involved in the construction activity.

The model was created in the hands of the architect. It is then made available to the various design offices to be completed or even technically modified.

What are the main BIM models?

At this stage, the model will most often be divided into several user models (a structural model, a fluid model). These usage models are then merged into a “master model” to detect and resolve any conflicts (networks interference, for example). This work of assembling and analysing conflicts is called “synthesis”. Thus designed, the model is used to produce the execution plans that will be distributed at the site.

Construction companies also use the model to carry out their measurements, planning or phasing.

During the work, the model is kept up to date by designers and builders so that at the end of the work, the “building avatar” is exactly in line with the structure as it was built. The digital model is, in a way, the “personal medical file” of a building. It is useful until the end of its life, where it makes it possible to anticipate the presence of certain materials as well as to locate and quantify them.

BIM is, therefore, a world-wide transposition of construction processes within the real estate industry that exists in all industrial sectors. The adoption of BIM is comparable to the industrial revolution.