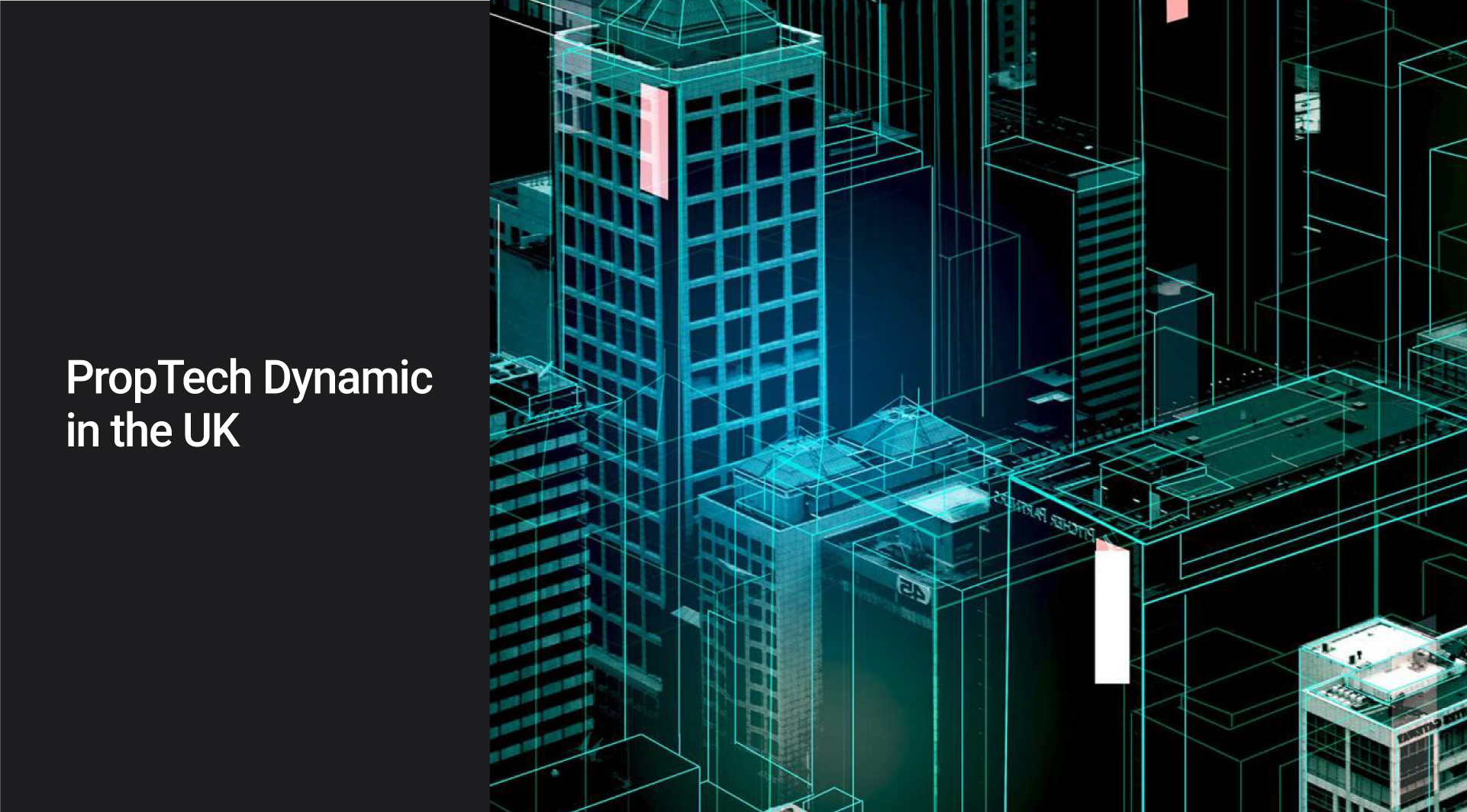 PropTech Dynamic in the UK

The real estate industry has been slow to adapt and embrace innovation. But it won’t be the case for much longer, particularly in the UK. Plateauing property values are calling for the embracing of tech.

PropTech, even though it hasn’t been at the forefront of people’s mind, is just one small part of a broader digital transformation in the property industry. It considers both technological and mental change of the industry and its consumers.

The UK has been at the centre of the PropTech movement since day one. Along with the USA, the UK continues to sit at the forefront of thought leadership, investment, and influence. However, the country also has some well-documented obstacles to overcome in the next few years.

Despite the uncertainty, the UK PropTech industry continues to thrive. London remains indeed one of the main hubs of the movement and technologically busiest cities in the world. With 518 PropTech start-ups in London and just 25 in Manchester. This gives you an understanding of how important London is to the PropTech movement. Of these PropTech start-ups, 38% have a commercial leaning, 38% residential and just 4% for retail.

The UK is one of the most influential PropTech hubs in the world. Many international companies still see London as the best place to be to start entering European markets, despite the constant uncertainty of Brexit and all Brexit-related issues. A sounding example is Giraffe 360, a Latvian company, that recently moved their HQ to London. They stated that they still firmly believe it is the best possible place to be working in PropTech.

The biggest challenge of the UK regarding the PropTech sector is the geopolitical issue. Brexit looms large over every conversation and will continue to do so for months, if not years to come, especially if the divorce goes through on a no-deal basis.

PropTech companies must remain active throughout this period of uncertainty. The property world is still moving quickly, and the UK cannot afford to let itself fall behind the rest of the world.

According to PwC, Britain “risks slipping from being the world’s fifth-biggest economy to its seventh-largest when it is due to leave the European Union, with France and India on course to overtake it”.

Even though the UK tends to be too London-centric, they should consider expanding its hub to the rest of the country. Undoubtedly, the capital city itself remains the most significant, most influential asset when it comes to establishing long-term PropTech dominance.

The overseas reputation of the city is the country’s greatest asset. As such, confidence should always be high for the success of UK PropTech.