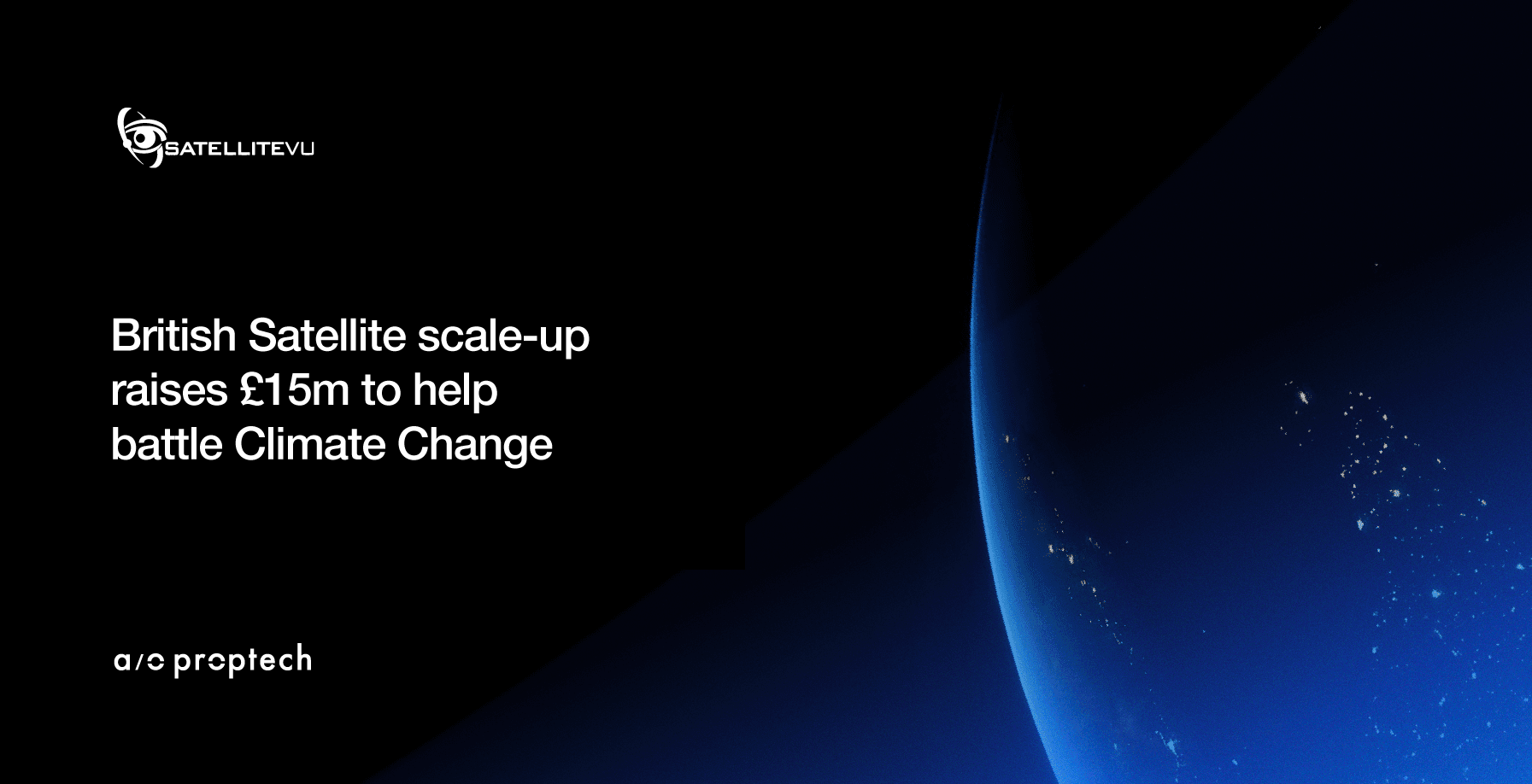 Satellite Vu was founded in 2016 to bring satellite technology to address our global challenges.

The company plans to monitor the temperature of any building on the planet in near real-time using new satellite technology to determine valuable insights into economic activity, energy efficiency, and carbon footprint.

British satellite scale-up Satellite Vu, founded in 2016, has successfully raised £15 million ($20.7 million), as it looks to ramp up its plans to launch seven thermal and infrared imaging satellites into space that will be able to provide real-time data on how green every building on the planet is.

The funding round highlights Satellite Vu’s rapid growth, with the company having raised its seed round funding of £3.6 million ($5 million) just six months ago.

Satellite Vu’s first satellite – being manufactured in Guildford, Surrey, UK – will collect real-time temperature data about the Earth’s built environment several times a day, allowing for key insights around energy efficiency and how individual buildings are being used and occupied.

The first satellite is due to be launched into orbit in October 2022.

This data can be updated every 1 to 2 hours, and the use of infrared means coverage is guaranteed even at night.

By measuring the heat coming off a building, Satellite Vu will provide data that will be able to show if any individual building is being heated efficiently or which parts of a city are the worst emissions offenders.

This matters acutely when it comes to the built environment because the real estate industry is one of the largest contributors to climate change. It makes up 40% of global carbon emissions when accounting for construction and building performance.

Satellite Vu’s data has the potential to be a game-changer for anyone involved in building, funding, and insuring real estate and infrastructure.

By providing global data at a micro-local level, the technology has the ability to empower real estate market actors to make the right changes to make building stock greener.

UN Secretary-General António Guterres called the recent IPCC report “a code red for humanity”, which highlighted how vital it is for changes to be made now to start tackling climate change.

But without accurate data, both the private and public sectors will struggle to make the correct decisions quickly enough to ensure that the pace of change is fast enough.

Insurers, investors, banks, and building owners will also all be able to use the data to make better-informed decisions.

For example, regulators have also mooted a clampdown on leaky commercial buildings in the UK, with plans to increase the minimum standard of energy performance certificates to a B grade, ruling thousands of properties as stranded assets.

Owners and funders of those buildings will need to know which parts of their portfolio could fall foul of incoming regulation and adjust valuations and buy/hold strategies as a result.

Satellite Vu has also been backed by the UK Space Agency through its National Space Innovation Programme (NSIP) to support the build of the infrared sensor for its first satellite.

The UK Government recently launched a National Space Strategy aimed at advancing British space technology, which included measures to back businesses like Satellite Vu that help tackle global challenges such as climate change.

Satellite VU will be attending COP 26.