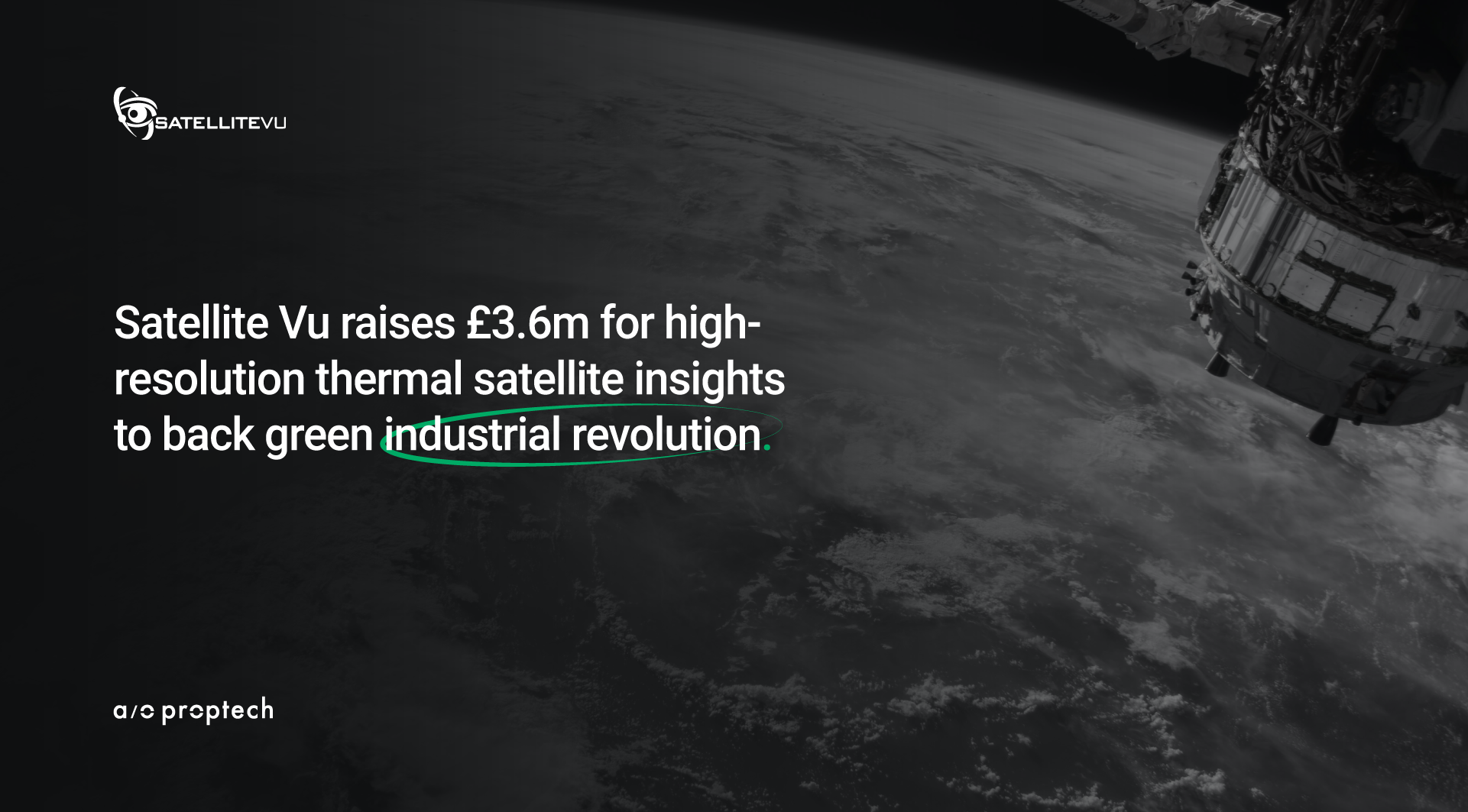 Satellite Vu has raised a £3.6m (US$5m) seed round led by Seraphim Capital to launch the world’s first satellite constellation capable of imaging the thermal footprint of any building on the planet every 1-2 hours.

Satellite Vu’s constellation of miniaturised satellites will use high-resolution infrared cameras to collect temperature data day and night about both the natural and built environment. Being less than 1/10th of the size and cost of other infrared imaging satellites, Satellite Vu is unique in being able to measure the heat signature of any building anywhere multiple times a day. This enables Satellite Vu to derive new insights about both the building and how it is being used.

This capability is a game-changer in the global quest to achieve net-zero emissions, opening up for the first time the potential to monitor in near real-time everything from the energy being wasted by poorly insulated buildings through to measuring economic activity by observing how many shifts a factory is operating and how much energy a power station is generating.

This year the UK holds the Presidency of pivotal COP26, the United Nations Climate Change Conference.  Many nations have declared plans to tackle this global challenge, including President Biden’s $2tn infrastructure plan that includes plans to upgrade 4 million buildings and weatherize 2 million homes.  Boris Johnson, the UK Prime Minister, set out his 10-point plan for a Green Industrial Revolution, highlighting the challenge of greening homes and public buildings, and developing the cutting-edge technologies needed to reach these new energy ambitions.  Satellite Vu has a solution.

The temperature data Satellite Vu collects can quickly pinpoint the worst energy-wasting buildings such that investment in energy efficiency measures can be deployed based on measurement data.  “This ground-breaking and timely technology will, for the first time, allow the government and the public to make better and informed decisions on which buildings are a priority to upgrade,” said Anthony Baker, CEO of Satellite Vu. “The lessons learnt from the pandemic were: test, test, test; in the climate change challenge, we need to measure, measure, measure.  Satellite Vu’s technology is the best satellite system, by far, to measure the temperature of buildings, globally, consistently and recurrently with multiple revisits per day.”

James Bruegger, Managing Partner of Seraphim Capital, said, “We believe that high-resolution infrared satellite data holds enormous promise for positively impacting the world. A combination of poor resolution, high cost and infrequency of data capture has held back the application of this high impact dataset for decades. We’ve backed Satellite Vu because it alone has the technology to address all these issues and make high resolution infrared the next major category of Space data.”

The seed round, which was multiple times oversubscribed, was also supported by A/O PropTech – Europe’s largest PropTech venture capital firm – alongside other specialist investors, including Ridgeline Ventures, the Earth Science Foundation, E2MC Ventures and Stellar Solutions. Satellite Vu has been backed by the UK Space Agency through its National Space Innovation Programme (NSIP) to support the build of the infrared sensor for its first satellite and has also partnered via the SPRINT programme with the world-renowned University of Surrey to evaluate the utility of infrared observations in the maritime domain.

The newly announced funding round will enable Satellite Vu to initiate the construction of its first satellite that is due to launch in 2022.

"With the built environment responsible for almost 40 per cent of global carbon emissions, it is crucial that the sector harnesses new technologies if we are to rapidly reduce our carbon footprint. Using accurate data is vital to making informed decisions, and Satellite Vu has found a way to measure the thermal efficiency of buildings which has never been carried out before. Backing forward-thinking technologies with the potential to fight climate change and creating an ecosystem of solutions is our mission as a firm, and Satellite Vu is another step forward in that direction." Gregory Dewerpe, Founder, A/O Proptech