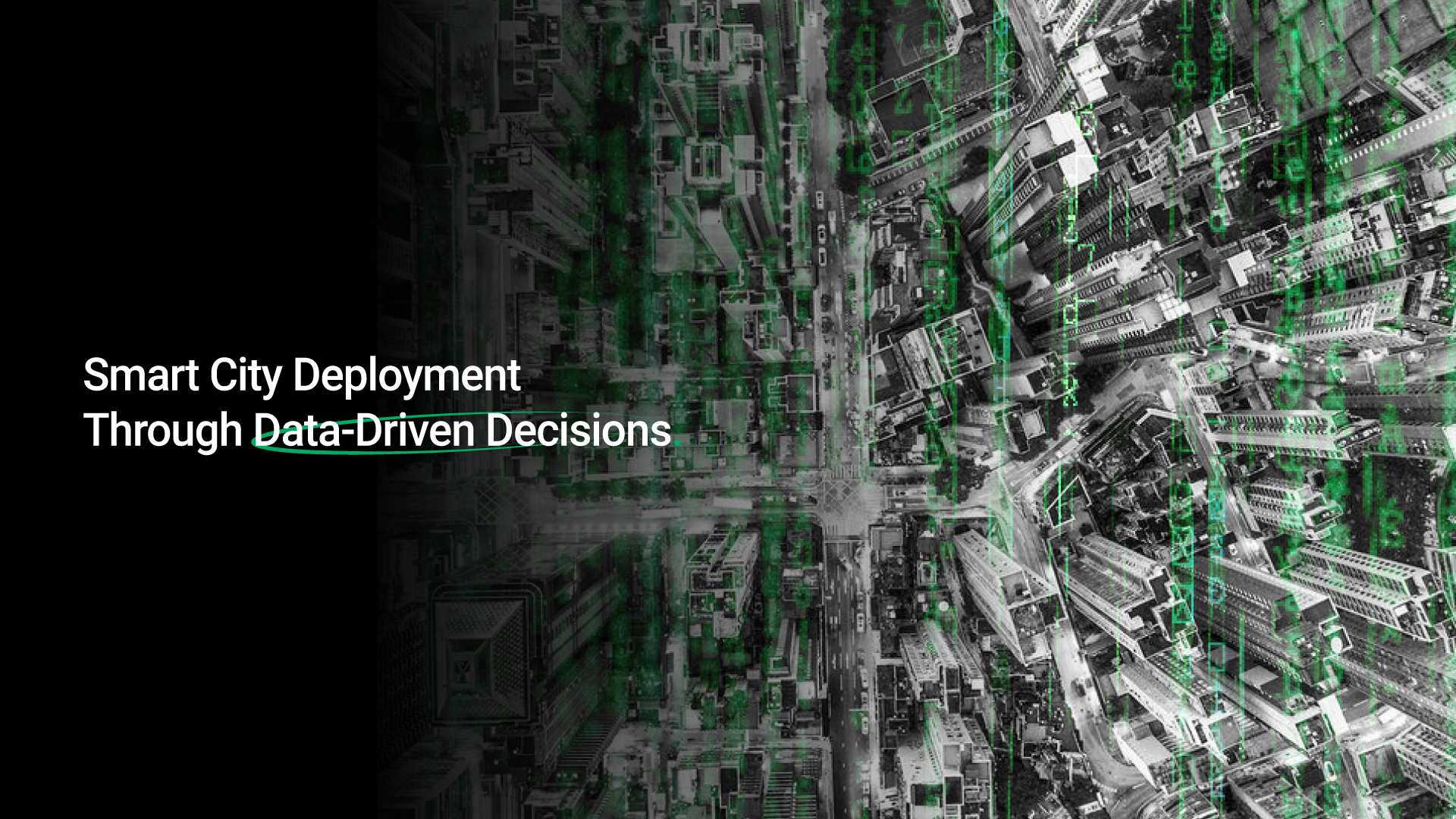 Making a street pedestrian makes it possible to optimise air quality and reduce noise throughout the neighbourhood. But the cars thus diverted could deteriorate mobility and air quality in other places…

Many cities are trying to be forward-looking in their approach to data-driven decision making and simulate alternative strategies before rolling them out.

By standardising and merging all available data, it is possible to create a digital copy, the "digital twin" of a city, region, or even country. In this way, political leaders assess the situation in real-time and test the impact of the measures they are considering.

By creating a city's digital avatar, the goal is to match the physical and digital worlds. The aim is to help many political leaders make complicated decisions about the quality of urban life. This digital avatar acts enable simulating alternative views of the world through Data Viz and tailored indicators.

It is possible with a digital duplicate of the city, in which historical data is integrated to perform advanced simulations. This dual digital technology helps to make cities and regions smart in an efficient, manageable and financially acceptable way.

Designing a realistic virtual duplicate of a region requires a lot of consistent data. It is necessary to properly aggregate information on roads, buildings, gas, water, air quality, traffic and electricity infrastructure...

However, the development of smart city projects does not appeal to everybody. In Toronto, the Sidewalk Labs project, a subsidiary of Alphabet is under fire.

In a 1,500-page document, the company unveils its ambitions for a new district, built on the ruins of an industrial site: 5 hectares (a second project refers to 77 hectares) of ultra-connected streets, controlled pedestrian speed, heated bicycle corridors, supervised public benches — designated as "a true dystopian city" by its detractors.

Sidewalk Labs promises to accommodate thousands of residents with moderate rents and provide work for 44,000 people. Except the project doesn't work. Some residents denounce a plan to turn them into "laboratory rats".

Other projects are much more intrusive but do not give rise to this challenge: the data collected from the inhabitants' wastewater. In Seoul, an MIT project called "Underworlds" , presented two years ago at the Biennale of Architecture, aimed to take samples to monitor the general health of citizens. Same project, operational this one, in Canada.

The government has studied the impact of the legalisation of cannabis that came into effect in October 2018. Every month, researchers collect samples from water treatment centres in Vancouver, Montreal, Edmonton, Toronto and Halifax, affecting a total of 8.5 million people. Since then, the project has expanded to study Canadians' health and understand and combat antibiotic resistance.

Thinking about the planet and the cities where 10 billion people will live is critical; data-driven insights will help.

However, the computer science and mathematical engineering that fuels smart city projects shouldn't be co-opted by a few decision-makers. But instead, it should be shared with all the relevant stakeholders to optimising the overall welfare of citizens of the 21st century.

More Articles
No items found.
How AI is about disrupting Real Estate Value Chain
May 6, 2019
How are Europeans trying to shape a climate conscious standard for the Data Centre industry?
February 26, 2021
How Might Hackers break into IoT and Smart Cities?
November 5, 2019