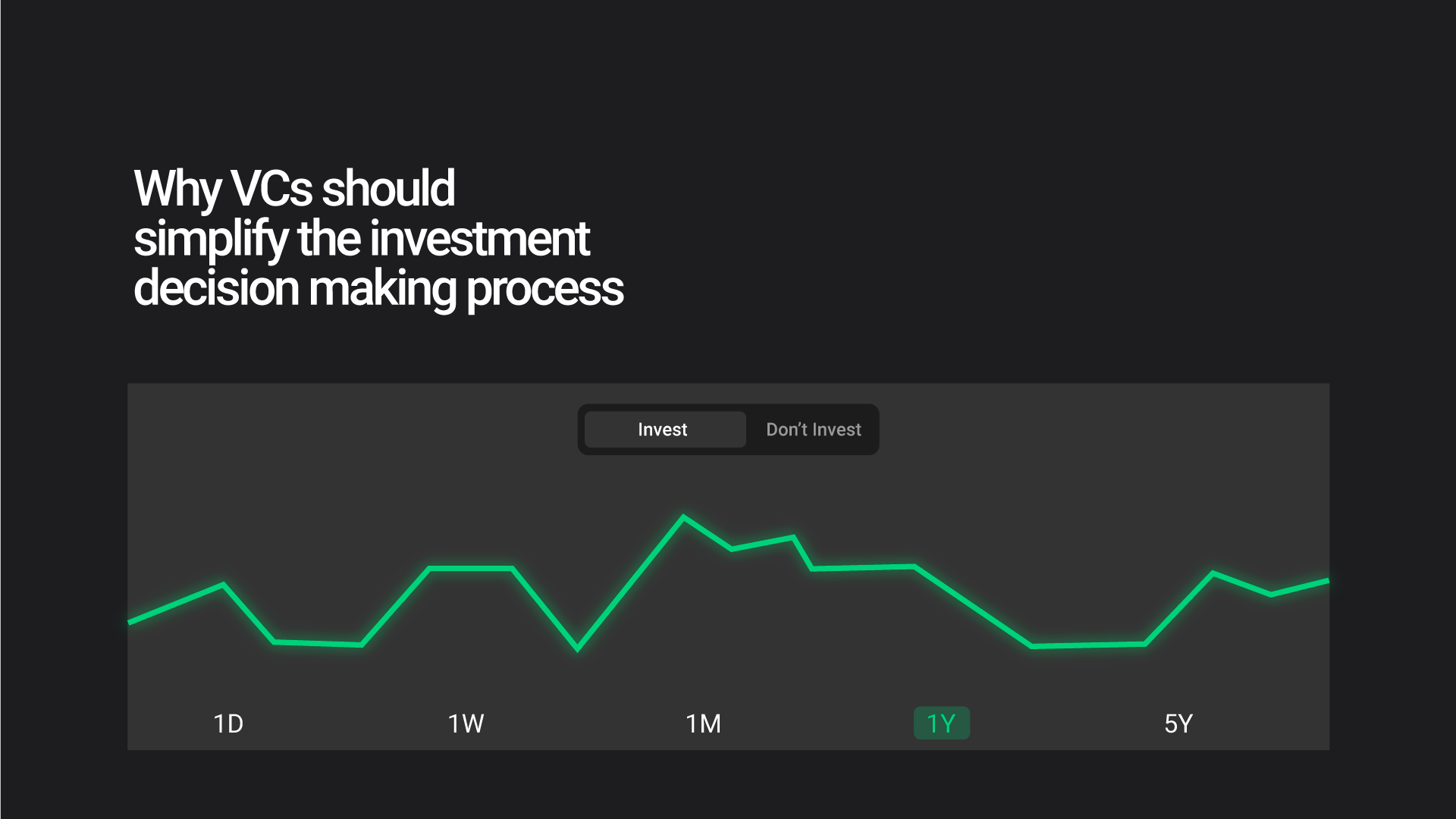 Why VCs should simplify the investment decision making process

Regardless of the quality and breadth of a due diligence process, making the final invest/don’t invest decision making is one of the most challenging parts of being a VC. Many VCs fall into the trap of using overly complex decision making criteria, which can lead to suboptimal outcomes.

There are two well-known mental models which can be applied to decision making:

While these models are not necessarily used for decision making, we can learn from the core concepts.

Occam’s Razor holds true because the simplest explanation is the one which inputs the least assumptions. This means there is less margin to be wrong due to false assumptions. Einstein summarised this idea well by saying:

“Everything should be made as simple as possible, but not simpler”

First Principles is also relevant because by breaking down problems into fundamental truths, you are required to eliminate assumptions, biases and preconceptions. Legendary investor Warren Buffet captured this concept by famously stating:

“Investing is simple, but not easy”

How do intelligent investors fall into this trap?

Smart people think about details in incredible depth, and then use reasoning to formulate highly complex explanations for why they are correct. At first glance, these explanations appear to be foolproof, given the seemingly intelligent thought process applied. However, since they follow neither Occam’s Razor nor First Principles, the chances of being incorrect is much higher.

For example, an investor comes to a certain conclusion by stating “If X is true, then Y is likely, and therefore Z is the probable outcome”. Even if all of these assumptions are solid, each having a 79% of being true, the overall likelihood of the entire chain of thought holding true is less than 50% (i.e. 0.79^3 = 0.49).

So, should you ignore details in due diligence analysis?

This doesn’t mean you shouldn’t consider all of the complexities when making a decision. However, once you’ve carried out all of the relevant analysis, it is important to take a step back, see the big picture and try to only answer the questions absolutely necessary to make the investment decision. As Steve Jobs put it:

"A lot of [what it means to be smart] is the ability to zoom out, like you're in a city and you could look at the whole thing from the 80th floor down at the city. And while other people are trying to figure out how to get from point A to point B reading these stupid little maps, you could just see it in front of you. You can see the whole thing"

About the author
Kia Nejad
Investor

Kia is an Investor at A/O PropTech and focuses mainly on origination, due diligence, thesis building, and portfolio management. Having previously worked at Pi Labs, Europe’s first and most active PropTech VC, he has significant PropTech experience.

More Articles
No items found.
Why VCs shouldn’t obsess over TAM
February 10, 2022
Why We Invested in CONXAI
January 10, 2022